This guide is applicable for tax years to 31 March 2015

For the tax year 2020/2021, corporation tax is set at a single rate of 19% regardless of the amount of taxable profit a Limited Company has.

However, up until 31 March 2015, there were two rates of corporation tax put in place by HMRC meaning companies with taxable profits of more than £300,000 had to pay a higher rate of tax. This threshold was known as the small profits threshold.

Associated Companies affected how a company would cross that small profits threshold and therefore have to pay the higher rate of tax.

Here is a summary of the historic HMRC corporation tax rates and small profits thresholds.

Since 1 April 2015 there is only one rate of corporation tax, regardless of taxable profits, meaning associated companies are no longer relevant for corporation tax purposes.

What was an Associated Company for Corporation Tax?

An associated company for corporation tax was defined as:

So if one company owned 35% of another, it would not be considered an associated company.

But if a company had 4 subsidiaries and it owned 51% in each, then all five of the companies would be associated.

Trade was irrelevant, HMRC looked at who is controlling each of the Companies either via shareholding or Directorship to decide which rate of corporation tax they should be paying.

Associated companies had to share the tax threshold of £300,000. So where there are 2 or more associated Companies the small profits threshold needed to be divided between them.

If any of those Companies had taxable profits of more than £75,000 they would then need to pay tax at the higher rate. 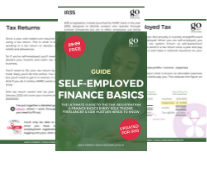